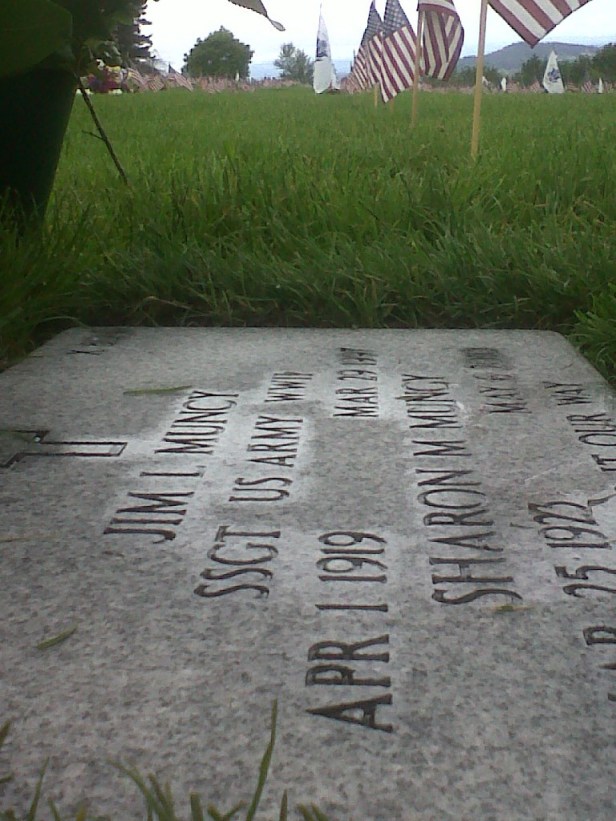 Perfect timing today, Memorial Day, a rainy morning. We and many others came to honor the departed. A common theme at Willamette National Cemetary…someone served. Thousands upon thousands of American flags point to those that had served. We walked in the rain to the spot, and as by chance, we were close to cannons that boomed out a 21 gun salute, which echoed from atop the hillside. That alone gets your attention. Followed by taps, we gazed down at our two patriots and up at all the others.

There were several placards depicting the fresh faces of several hundred NW soldiers that had recently died in the Middle East. A reminder of the older and newer generations that served…and some that did not get to serve out the rest of their interrupted lives. Without additional comments…Thank You.

3 thoughts on “Memorial Day……Thank You”