Interesting, if slightly technical looking at the social structure of bees and the ‘eusocial’ patterns of behavior (no I don’t totally get it after the first four paragraphs); and more importantly where are the honey bees going? “…figures released in spring 2010 show that, during the winter of 2010, the U.S. lost 34%, or just over a third of its managed honeybee colonies. Jeff Pettis: What’s unusual is that they’re dying in such high numbers and so rapidly, so it’s just this dramatic depopulation. 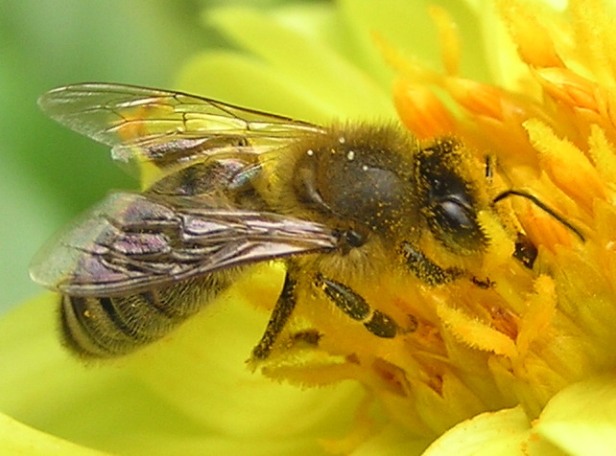 Pollination determines the life of flowers, fruits and crops. It is estimated that every third morsel we consume is a result of pollination. The honey bee is among the most effective pollinators. 90 per cent of pollination in cross-pollinated crops like oil-seeds, vegetables, fruits and cereals is aided by honey bees alone.   Shridharsimplysaid