Recently, I was reading a small book entitled Columbia River Gorge, Natural Treasure On The Old Oregon Trail by Cheri Dohnal. Interestingly, she notes a short lived effort, in 1859, to use camels as transport tools from Walla Walla, Washington to Virginia City, Montana and from Umatilla, Oregon to the Bannock Mines in Idaho. 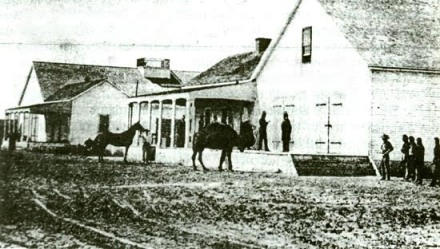 The camels cost $1200. each, a considerable sum for the time, but the thinking was they could haul much more freight per trip than horses and they could traverse the desert country with more ease. Apparently, what they didn’t consider was camels consume much more food than horses. There was difficulty getting the quantities of feed required for the camels, especially in the Winter months along the pack routes. According to the author, the camels caused considerable agitation to horses and mules they met along the route, causing stampedes, over turned wagons and lost freight. The experiment only lasted one year. 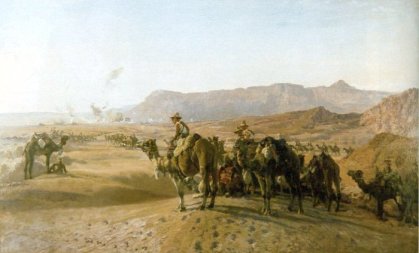 A few years later, Edward Beale gathered camels together to form exploratory efforts from Arizona to California. Maybe Beale was a visionary for his time, one that would be promoting electric cars, wind turbines and solar panels today? Instead of The Volt they could call it The Beale? Just joking, lighten up! Geeze.

Of course there are some who believe camels were in the region well before 1859:

What should the lay person know about your work in the Paisley Caves?

“With the DNA signature of the samples from the caves, we have the oldest human remains in the Western Hemisphere. What you have is an incredible assemblage of artifacts, baskets, charred food, deer, and antelope bones and used obsidian. What makes this so exceptional is not just that we have fossils of horses and camels and bison that date to more than 14,000 years old, but that we have human remains that have been directly radiocarbon dated to the same age as those animals.” (X)

My mind ventures toward who went and got the camels? Where did they go? How long did it take? What route? How did they get them up river? So many stories and I cannot find a lot about it. It must have drawn some coverage by someone?

2 thoughts on “Camel Pack Trains in Oregon & Beyond”