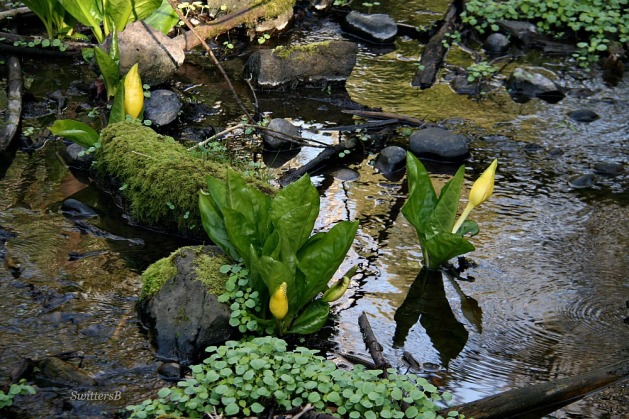 Lysichiton americanus or Western Skunk Cabbage in indigenous to the Pacific NW of the United States. It ranges from Kodiak Island in Alaska down to the central coast of California. Found in wetlands and streamside it exudes a skunky odor when in full bloom. Interestingly, the plant can be found in England and Ireland, where oddly it was transplanted from the U.S. to the water gardens of England & Ireland. (more) The above Skunk Cabbage was filmed in the headwaters of a small stream near Portland.

One thought on “Skunk Cabbage Near A Small Stream”